Much success, much routine, much danger

Why sustained success can lead to potentially dangerous routine. Our findings from 150,000 data from 25 Swiss companies.

To position corporate brands successfully, Heads Corporate Branding also recorded the ambitions and desires of employees for 25 successful and ambitious Swiss companies over the last ten years using a corporate personality inventory. A comparison of the more than 150,000 statements recorded revealed surprising similarities. One of the three key findings: Sustained success leads to potentially dangerous routines.

The results showed that many employees seem to be stuck in the so-called “bore-out trap” (bore-out according to the book “Diagnose Bore-out” by Philippe Rothlin and Peter R. Werder): One has settled well into the job over the years, accepting to some degree the boredom of work. Journalist Roger Boyes wrote in the English “Times” as early as 2007 that bore-out “has been a permanent part of everyday office life for almost a century.” Boyes: “I remember working for the ‘Financial Times’ in the 1970s, and colleagues came up with an ‘Italian Jacket’ system. A spare jacket kept in the office was placed over the back of the chair, a half-drunk cup of coffee was placed next to the phone … and you could disappear for a couple of hours. The editor would assume they were elsewhere in the building for a short time.”

People have become accustomed to mediocrity and to some extent resigned themselves to it. Negative emotions are also accepted to a certain extent. Thus, employees move primarily in the comfort zone because it seems too costly or too dangerous for them outside of this zone. This overlooks the fact that the important change and learning zone exists between the comfort zone and the danger zone.

It is precisely in this zone that risks are recognized at an early stage. However, if we remain in the comfort zone, success becomes routine, routine becomes comfort and comfort becomes danger.

The results of the data analysis were presented at a Perikom event at the end of 2021. The Swiss philosopher and publicist Ludwig Hasler fired our assessments with trenchant interventions. His thoughts about routine: life is made up of 80 percent routine. And that is a good thing. But there is a wonderful sentence by Einstein: “Nothing can exist without order. Without chaos, nothing can come into being.” Striking a balance between preservation and renewal is one of the great arts of corporate management. And how can this be achieved? By paying more attention to types rather than competencies. Hasler: “If you only select according to competencies, you don’t have to be disappointed if the people are factually okay, but don’t actually develop any energy, drive or imagination. You then don’t have to be surprised if you have a functioning boredom squad together.” We would put far too much emphasis on knowledge, instead of character, temperament, will, curiosity. Too little on people “with a nose for the future.” We would not be trained in that either. “There is no Bachelor in character and no credit points for curiosity. Especially in Switzerland, people dutifully study and study. And in the end… it is “O.K.” Because we are doing fabulously well, we get, as described, from success into routine and via comfort into debacle. Routine is not bad, but when it takes this course, it becomes a problem,” Hasler is convinced. 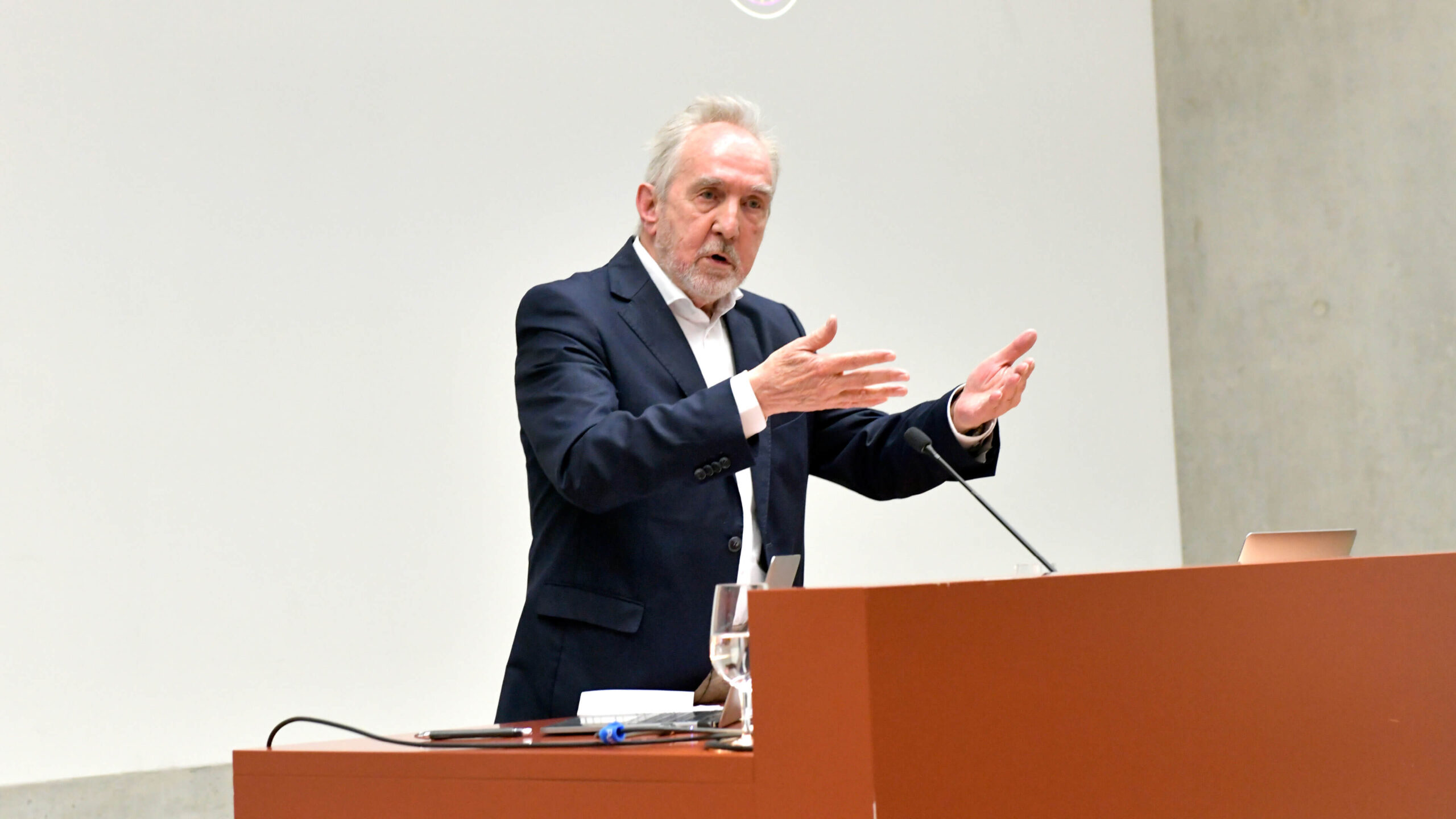 Ludwig Hasler: “Companies would do well to organize a salutary compulsion to think outside the box.”

Change also requires giving up things that are loved, he says, and this does not come easily. “But if you don’t want change, you don’t want a future, you just want an extension of time for the present, so to speak.” But how can one train the balance of order and chaos? Here, too, Einstein had advice: “A physicist who understands only something of physics also understands nothing of physics.” So, if you only understand something about your field, you’re stuck in a rut. “Companies do well to organize a salutary compulsion to think outside the box. So, a little coercion to explore worlds you don’t necessarily have to be interested in.”

In the current issue of “Persönlich” you will find the detailed report (in german) on our Perikom event “Performance, Meaning and Desire in Companies”, which you can also read here.