Why leaders should focus more on impact instead of performance. Our findings from 150,000 data from 25 Swiss companies.

To successfully position corporate brands, Heads Corporate Branding also recorded the ambitions and desires of employees for 25 Swiss companies using a corporate personality inventory over the last ten years. A comparison of the more than 150,000 statements recorded revealed surprising similarities. One of three of the key findings: Performance rather than impact is measured, evaluated, and celebrated.

Employees may too often be satisfied with routine (see blog article “A lot of success, a lot of routine, a lot of danger”), but they show ambition in conscientiousness. In all the companies surveyed, the high importance that competence, responsibility, order, and reliability have for employees was evident. They already rate their company and themselves very highly in these areas but want to improve even more.

Customers also appreciate the conscientiousness of companies. However, if employees and customers are asked unsupported where a change in the company would be most important to them, a different picture emerges: employees want to convey even more competence by means of innovative strength, modernity and a strong presence, while the customers surveyed would like to see a much greater improvement in the area of customer orientation and customer proximity.

In view of various reference studies, the internal focus on conscientiousness has system, because significant positive correlations between conscientiousness and socioeconomic life success (income and professional status) are shown. Conscientiousness is measurable and thus controllable and therefore serves to evaluate performance. However, as a study conducted by the Ludwig Maximilian University in Munich in 2009 shows, it is not conscientiousness that is important for creating customer loyalty, but the dimensions of sincerity and sophistication. The focus generally seems to be too much on performance instead of impact. However, it would be important to expand (customer) appreciation. For this, it would be worthwhile to invest in the empathy skills of managers and employees, so that the business-relevant empathies can be understood and used. The “American Society of Quality Control” determined this already in 1997 in a study: Companies lose customers mainly because they feel disregarded or treated indifferently.

Moreover, in a time of rapid change, a focus on quantity (a lot of output, a lot of overtime worked) also runs the risk of lagging behind current developments. However, for managers and employees to focus on impact rather than performance, the impact generated must also pay off individually. In addition, the company must also offer psychological security. This requires a more pronounced feedback culture. Trust through constant feedback becomes even more important in-home office work, because the reduced personal contact demands mutual predictability. Years ago, a manager at Microsoft who had been managing her employees in the home office for a long time explained to me: “For a long time now, I have not been able to control where my people are and at what time they work and for how many hours. So, I lead by listening very carefully to my employees, encouraging them, empowering them where necessary, and measuring them only by their results. Anyone who works late into the night but doesn’t get anything done has a hard time with me. But I take my hat off to any genius who exceeds the expected results in half the agreed working time.” What was aptly stated in a 2002 paper by the University of Bern, the Inselspital Bern and the House of Academies holds true: “It is not harmony that is sought, but a climate that combines high psychological security with responsibility and motivation.”

The results of the data analysis were presented at a Perikom event at the end of 2021. The Swiss philosopher and publicist Ludwig Hasler fired our assessments with pointed interventions. His thoughts on the topic of performance and impact:

The fact that performance today is often measured in terms of effort is a contemporary phenomenon. In the meantime, education is also measured in this way: Input instead of output. It is the effort that is rewarded, not the results. Young people should change their status as quickly as possible; they should not simply be the object of educational efforts, but the subject of their own biographical education.

“But how can we enable, inspire, encourage and inspire performance? The crucial point is: Do I perform, or do I have to perform? Can I move from being a functionary to being a subject of performance, so to speak?” Sisyphus comes to Hasler’s mind. Punished by the gods, he must roll a boulder up a mountain. He never reaches the top, however, because the boulder always slips away and rolls back into the valley.

In Albert Camus’ book “Myth of Sisyphus” it says: “We must imagine Sisyphus as a happy man.” Hasler: “Sisyphus refused to see the stone as a punishment from the gods. It is his stone that he rolls. He is a happy rolling stone, so to speak. If we manage this change, to see the stone, respectively the required workload, not as an annoying order of the boss, the society, or the family, but as our own stone, our own day, our own workload – in this moment performance develops. Why doesn’t Roger Federer end his successful career? Because he is a performance erotic! He is in love with the game. When you’re in love, you can’t let go of it. You must push it, make it better, seduce it, embellish it, refine it. If a company succeeds in fostering this, it can create an irresistible club of performance erotica.” And for effect it needs perception! We don’t even have to talk about appreciation – perception is enough. Interest favors that people perform out of themselves. 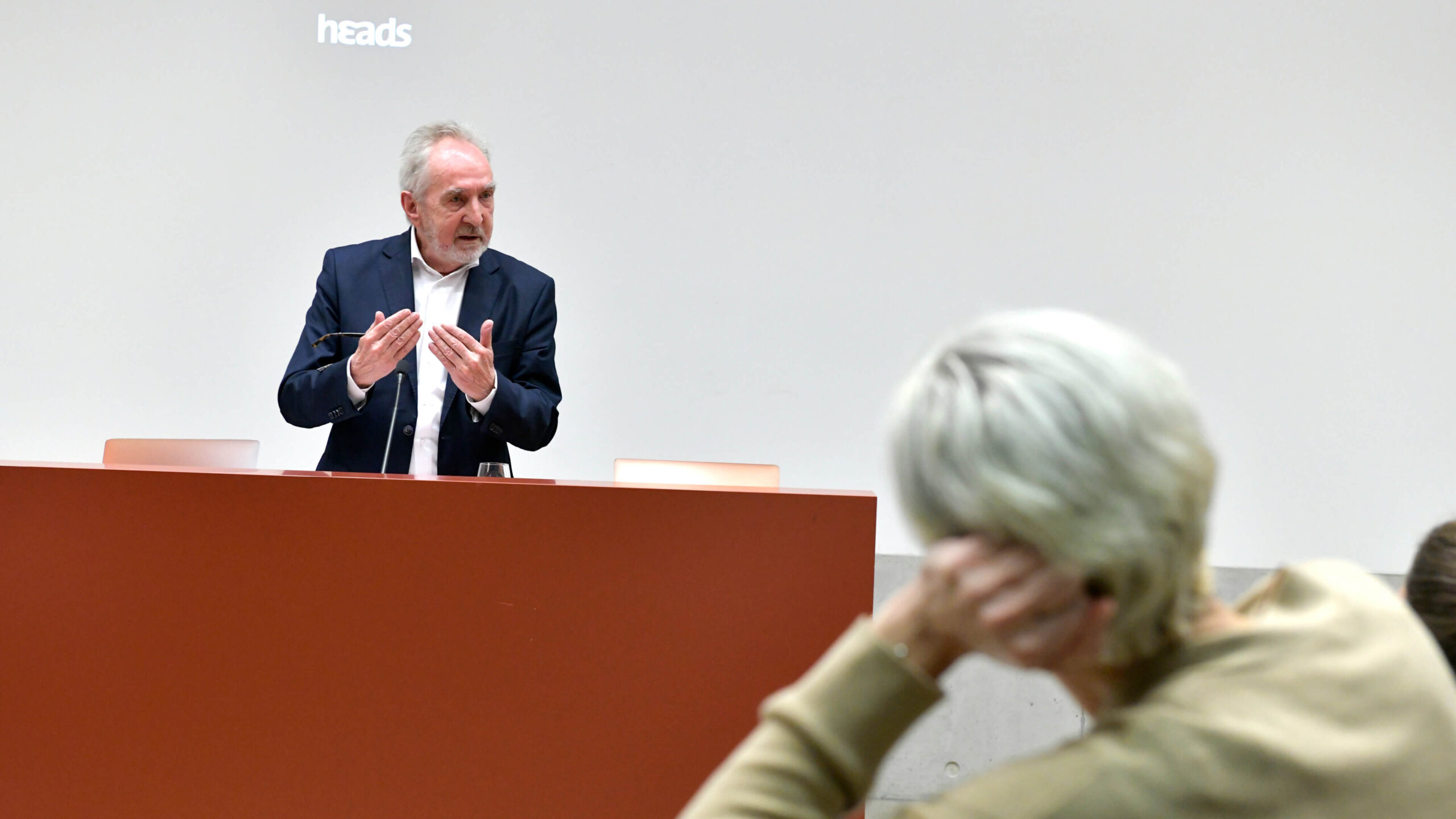 Ludwig Hasler: “Interest favors that people perform out of themselves.”

In the current issue of “Persönlich” you will find the detailed report (in german) on our Perikom event “Performance, Meaning and Desire in Companies” which you can also read here.