“You belong in a museum.” That was the name of Heads Corporate Branding’s successful 2021 campaign for the Zurich Museums Association. Now Heads is turning it into an activation campaign for Zurich’s museums this summer. Under “Stell dich aus.” (Exhibit yourself) museum visitors are motivated to put themselves in the limelight in Zurich’s countless museums. To give the activation momentum, the agency cooperated with two photography classes at the Zurich School of Design and sent the budding graphic designers out on the runway. Barbara Keller from the Schule für Gestaltung was sure that good subjects would emerge. Says Keller, “This is a one-of-a-century-class at our school.” What emerged were indeed highly creative subjects – six of which are used in the campaign, the others on Instagram, to be found under #stelldichaus.

Marco Simonetti, head of design at Heads, says, “We were impressed by the number of good subjects that left us spoilt for choice. But we were particularly pleased with the very different perspectives and approaches that were found – after all, it’s precisely the great diversity that makes up what Zurich’s museums have to offer.” Barbara Keller is also pleased with the result and “thinks it’s so great to be able to teach this creative gang!” One can be curious with which result the campaign subject leads further young creatives into the Zurich museums. 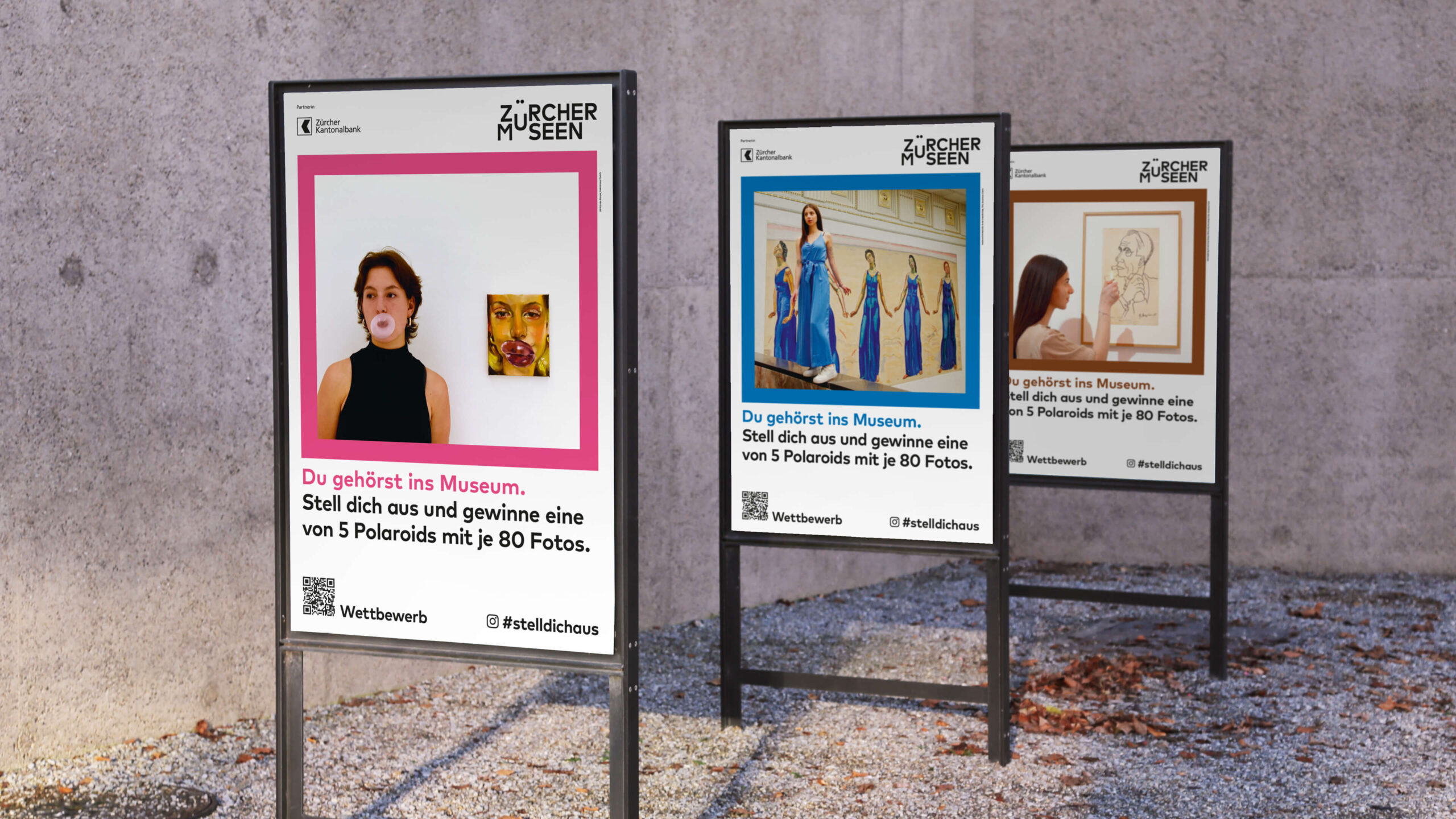