Zeit Zone Zürich, the workshop for watchmaking art, wants to remind all its customers once a year. To this end, Heads has developed a customer magazine about watches and time. The two previous issues have each led directly to a significant increase in customer frequency and to correspondingly higher capacity utilization in the workshop. The third issue should also succeed in activating customers through relevant topics and new perspectives on the watch business.

With new and interesting watch models created in Japanese-Swiss cooperation, the main topic was quickly found: “Where Japan ticks similarly.” And to learn more about this, Heads asked the Japanese ambassador to Switzerland for an interview. Ambassador Kojiro Shiraishi was happy to provide information – on the potential of cross-border cooperation and on his personal perception of Switzerland. The Japanese ambassador is otherwise used to quite different print circulations. Until 2019, he was president of the media conglomerate Yomiuri Shinbun, to which the daily newspaper of the same name belongs. With a circulation of over ten million copies, it is the world’s most widely circulated newspaper. The ambassador comments in the magazine on the many opportunities for cooperation and is convinced that the combination of Japanese precision technology and Swiss design innovations, for example, has the potential to conquer the world market.

The third issue of the magazine also attracts a great deal of attention and functions as a magnet for Zeit Zone Zürich with its store and workshop on Zurich’s Kreuzplatz. 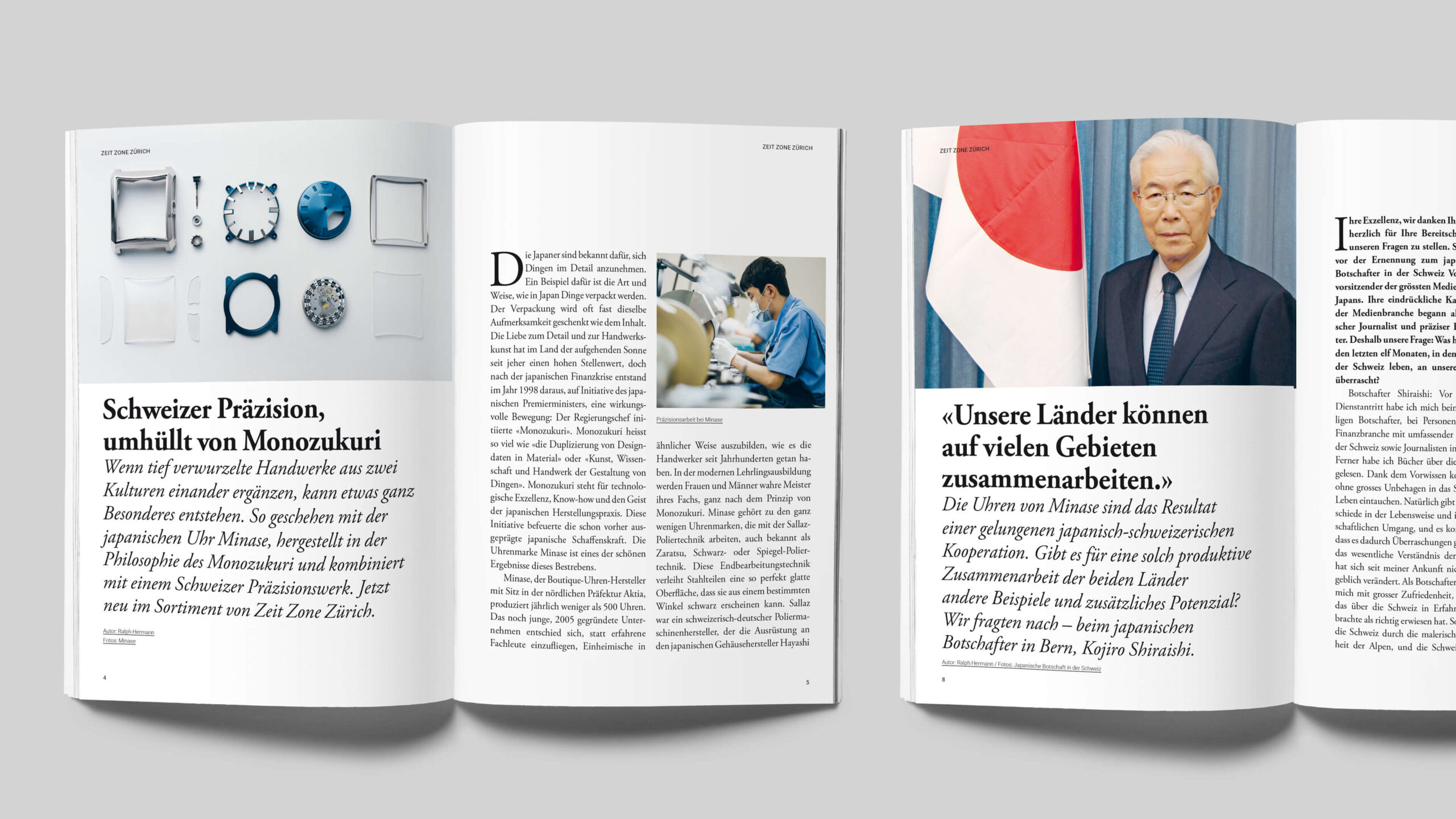 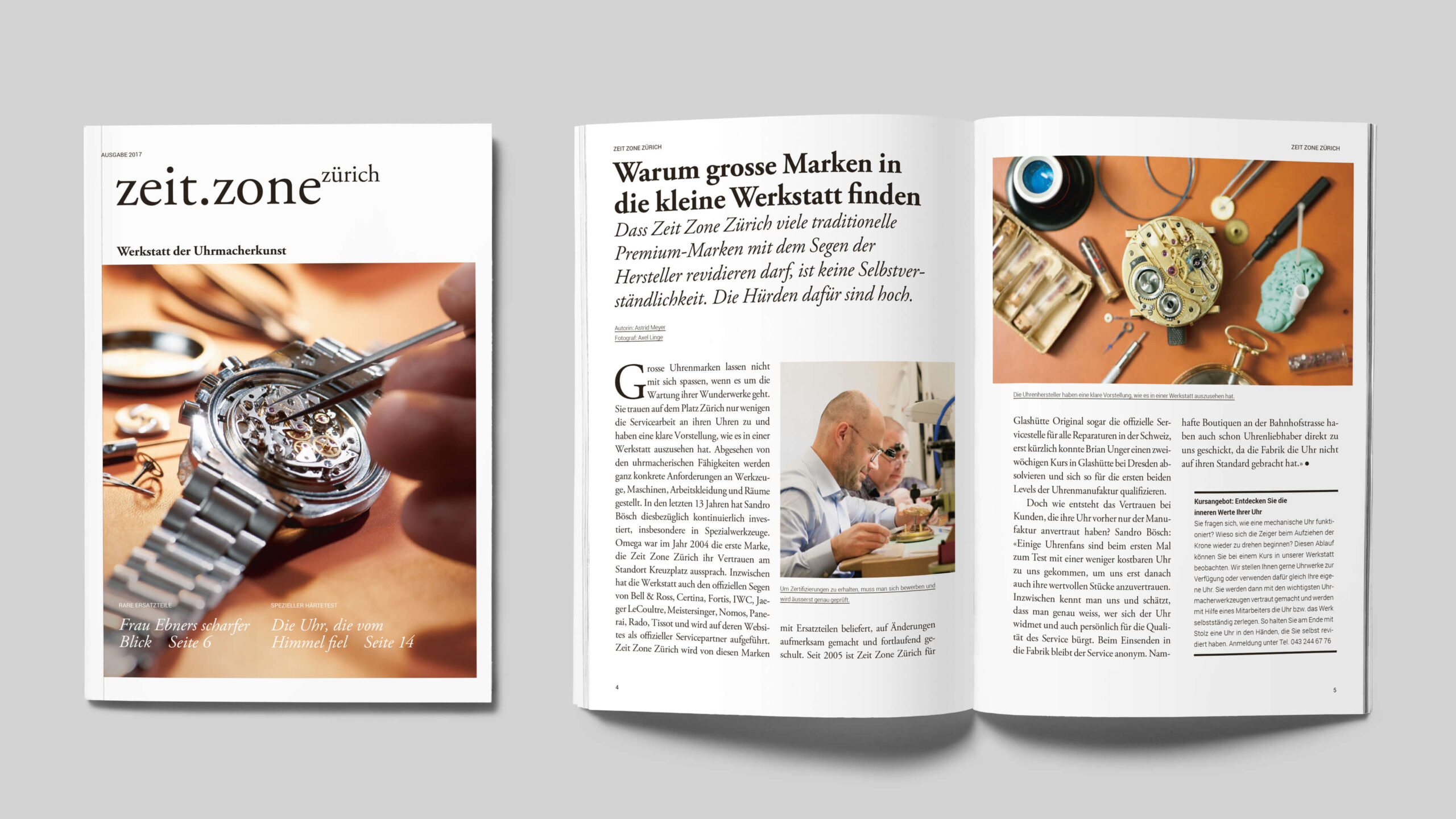 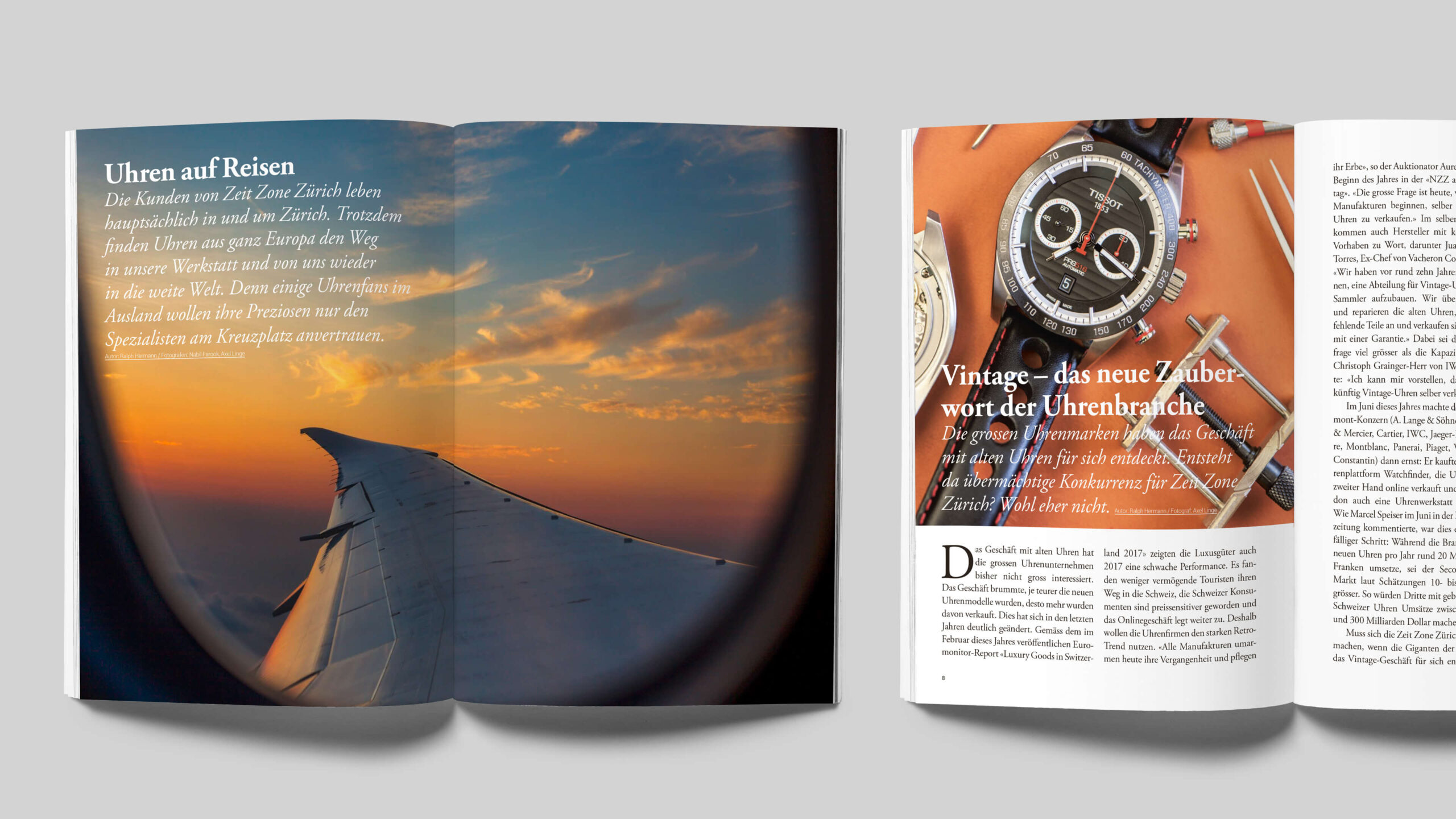 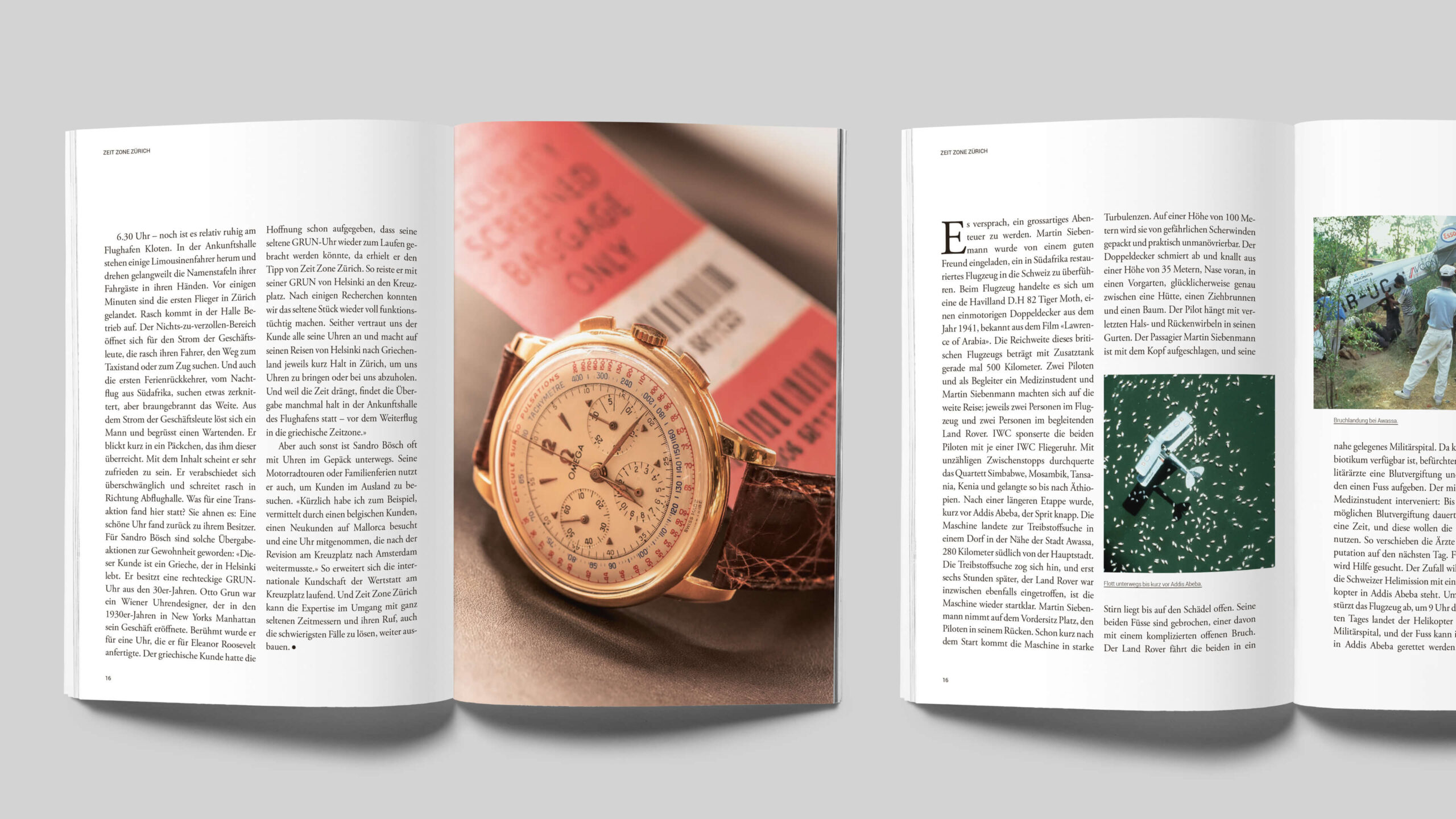